Welcome to my first “As Seen on…” series! 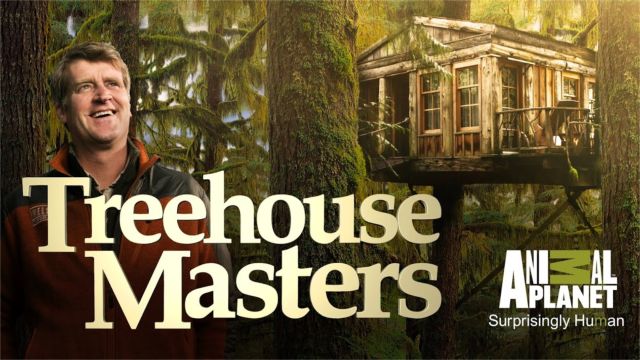 Today we are showcasing the Temple Residence as seen on the recent 2014 “Temple of Adventure” Treehouse Masters episode on Animal Planet and The Discovery Channel. 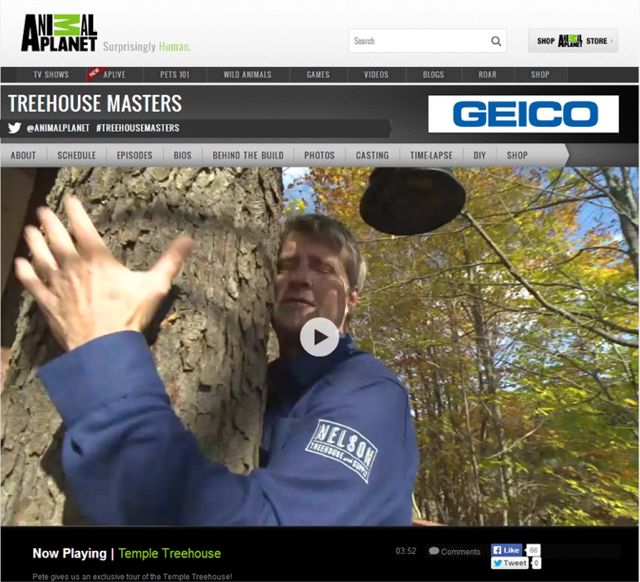 “Pete builds an incredible, adventure-themed treehouse for a young, exploration-loving family in the heart of Pennsylvania’s Pocono Mountains. The family calls Pete and his crew to create a massive, two-story jungle masterpiece packed with secret doors and hidden passageways within a cluster of cherry trees! Pete delivers not just one but two bouncy suspension bridges, a daring rock-climbing wall and a living wall containing more than 700 live plants for this colossal treehouse, which overlooks a deep gorge. With a secret sarcophagus entrance, a second-story sleeping loft and loads of adventurous novelties, this treehouse is sure to bring the family hours of fun, especially when Pete reveals his tailored, sentimental surprise: a tribute to the family’s beloved grandmother.” ~ Treehouse Masters 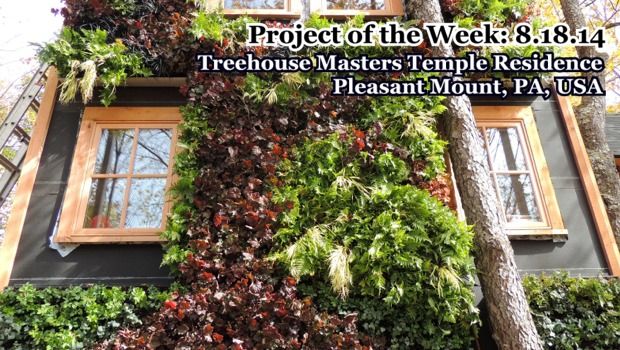 Hosted by Pete Nelson, this beautiful, leafy living wall was installed on the west side of a cool treehouse by Plant Connection (PCI) using their G-O2 Living Walls system – this is also our Project of the Week for 8.18.14. Melissa Daniels, Anthony Caggiano, and Greg Caggiano of PCI were filmed with Pete Nelson of Treehouse Masters as they installed the unique greenwall.

“It is a lot of work and very time consuming to create a television show. While the entire episode is only an hour, the treehouse takes 4 weeks to build! There are so many details that go into producing one hour of entertainment. Plant Connection is very grateful for the opportunity to be included on Treehouse Masters, working alongside the very talented Pete Nelson and his entire team. We want to thank all those who made this possible. We hope the family enjoys the living wall and the treehouse for years to come. And, we hope when people watch the show, it inspires them to think outside – and on the wall!” ~ Plant Connection 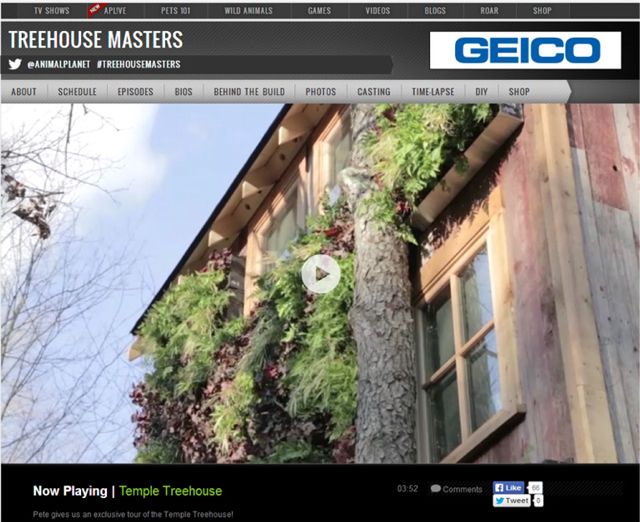 It doesn’t seem as if you can see the entire one-hour show at Animal Planet, but you can see short video clips of it – the 3:52 Temple Treehouse – Behind the Build – click above, and the living wall reveal at the 2:29 A Treehouse Full of Adventure is Revealed – click below: 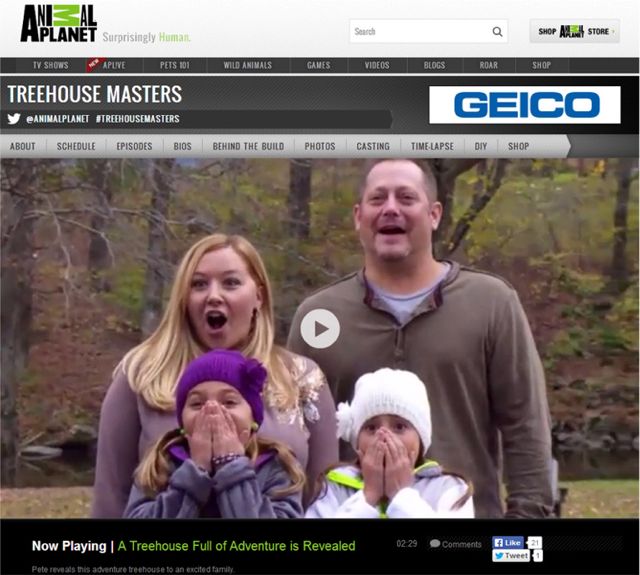 If you know of an upcoming segment addressing greenroofs or walls – or even if it’s after the fact – please let us know about it.  If it’s about your own company, even better – there’s nothing wrong with a little self-promotion!  But it has to be on a televised program (public TV, cable, WebTV show, etc.), independent film, or movie – not a video on YouTube (or similar) and certainly not a promo or company-sponsored piece.  By the way, you do not have to be an advertiser on Greenroofs.com (although we certainly appreciate the support!).

See anything recently?  Send us an email to: [email protected] with the name of the show/film from any where around the world and the date it either aired or will air and any show/film links.  If it’s not in English, no problem!  Just seeing on screen will give us the gist of it. 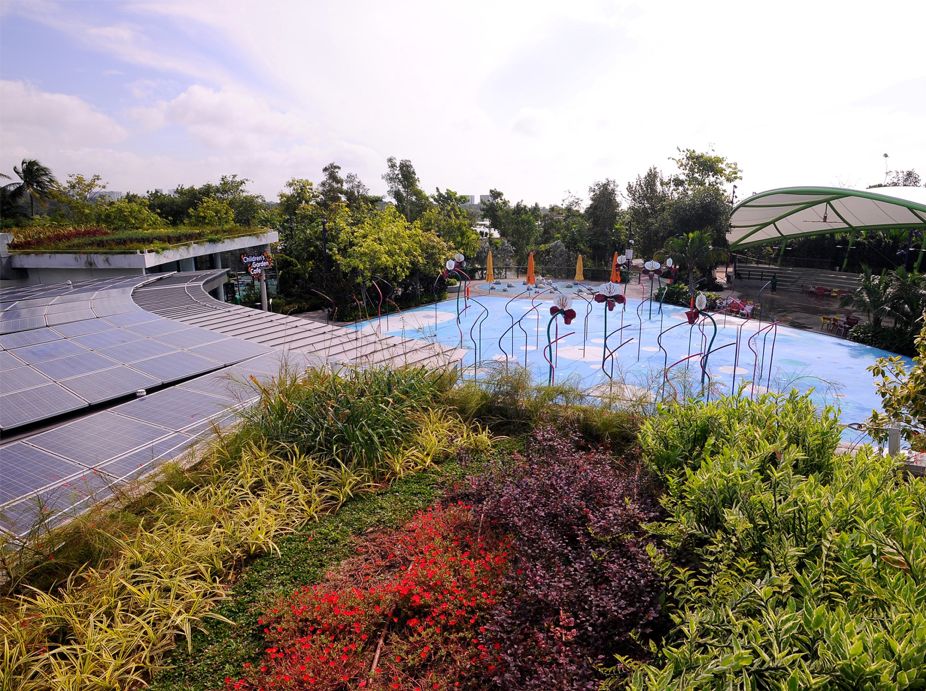