It is with a heavy heart that we share the news of the passing of our dear friend and colleague, Ernie Higgins.  He died quietly at his home in north Georgia with family on December 25, 2012 of a heart attack. 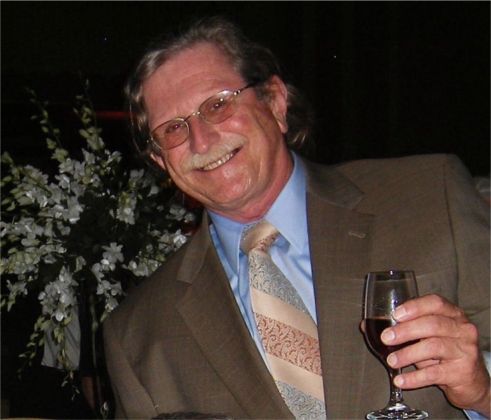 Everyone who knew Ernie liked him!  You just couldn’t help it – he was always smiling, always in a good mood, and always saw the good in others and in the world. After having survived heart surgery several years ago, his zest for life was even more enhanced, if possible. 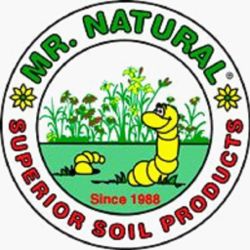 Ernie was a passionate soul about many issues, in particular creating the highest quality engineered soils – never “dirt” or anything with bio-solids.  ItSaul Natural, LLC is a soil company that came into the Saul business fold in the early 1990s when Bobby and Richard Saul partnered with Ernie Higgins, the original founder of what was then a small hen manure compost company.

He was quite the activist, championing many environmental and social causes in the landscape industry and beyond.  He also was happy to share his knowledge with many others along the way.  Here’s he’s giving an intimate lecture to folks at the Habersham Gardens: 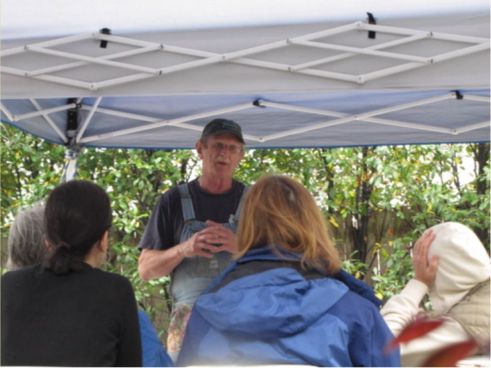 He was also extremely proud of many of the projects on which he worked, in particular the Atlanta City Hall Pilot Greenroof  and especially the  William J. Clinton Presidential Library and Museum in Little Rock, AR. 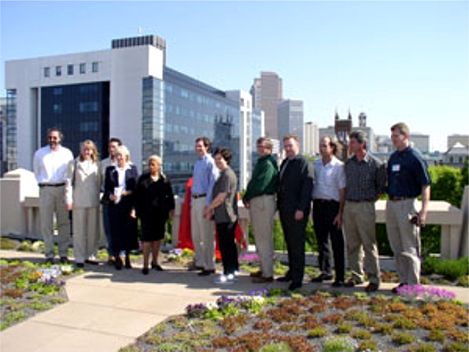 In 2003  Atlanta’s $60,000 greenroof project was sponsored by the city’s Department of Watershed Management as a tool for improving air quality and for reducing stormwater runoff.  When it opened in 2004, the $165 million William J. Clinton Presidential Library complex earned a Silver LEED rating – the first presidential library to do so, and in early November, 2007, it received Platinum certification for existing buildings (LEED-EB) from the USGBC.  Saul Nursery and ItSaul Natural provided plants and engineered soil for both vegetated roofs. 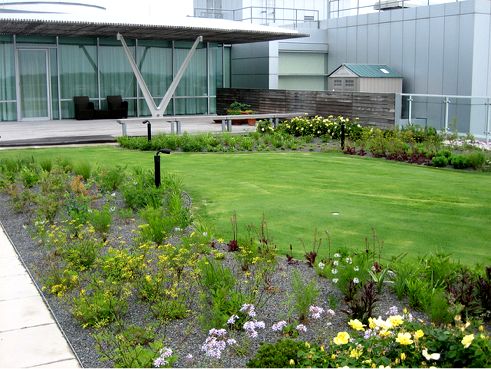 Ernie also loved nature and parties with music with his friends at his farm!  I’m sorry to say we were never able to make it up there to share in the festivities: 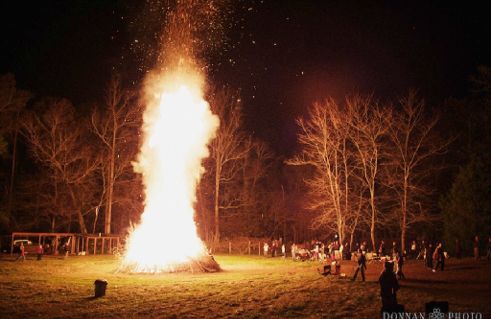 Aramis and I spent lots of fun times with Ernie  at various happenings here in Atlanta and at  CitiesAlive Conference events in Atlanta, Vancouver, B.C., Philadelphia, and  most recently Chicago.  Here he is with Aramis and Janet Faust of JDR Enterprises in Philly in 2011: 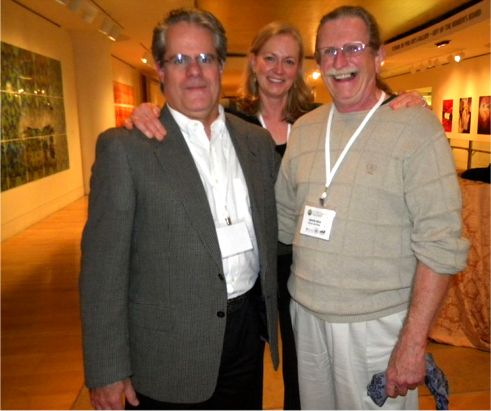 Ernie will be sorely missed by so many people and we send our heartfelt  condolences to his  wife of 18 years, Chris Pepper, and all of  his family.  Here are Chris and Ernie at pal Bill Brigham and Beate Allio’s Greenroof Wedding in May, 2010: 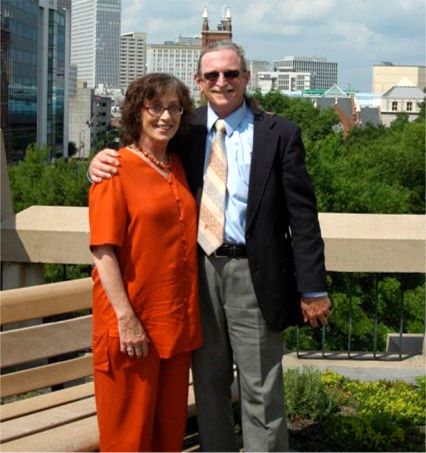 Here are what some of his friends have to say about the wonderful Ernie Higgins:

“Ernie got an early start in the organic movement and was way ahead of his time.  For 26 years Ernie stayed with the business he loved, composting and blending organic planting soils when few recognized their importance.  Those who knew the man saw an endless determination to succeed, a master blender, a logistics genius and a salesman  extraordinaire.” ~ Business Partner Bobby Saul of ItSaul Natural 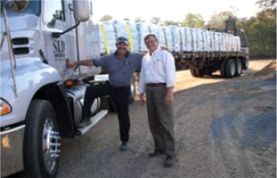 “Where do I begin? I still remember when and where Ernie first called me on the phone eighteen years ago. Like Ernie, I have many friends, however only a handful can I really call true best friends and Ernie is and always will be one of them. It got to the point where we were like two teenage girls having to speak to each other on the phone at least once a day. The value of those “end of day phone calls” was not the business we had to conduct but how the calls would transform. No matter how stressed we were that day or what had gone wrong at work the calls ended up having both of us laughing uncontrollably into the phone, time would get away from us and we would end up being late for dinner. Not a bad way to end the work day. I’m glad we didn’t get into texting; LOL just doesn’t have the same effect as the real thing. I’m grateful I made that last call before I left the country for my Christmas vacation.

I can say that all the times Ernie and I have spent together were very special to me and I feel that knowing him has enhanced my life greatly. I will miss him terribly and mostly around quitting time when I will feel the need to pick up the phone for a few laughs at the end of the day.” ~ Chuck Friedrich, RLA, GRP, Carolina Stalite Company 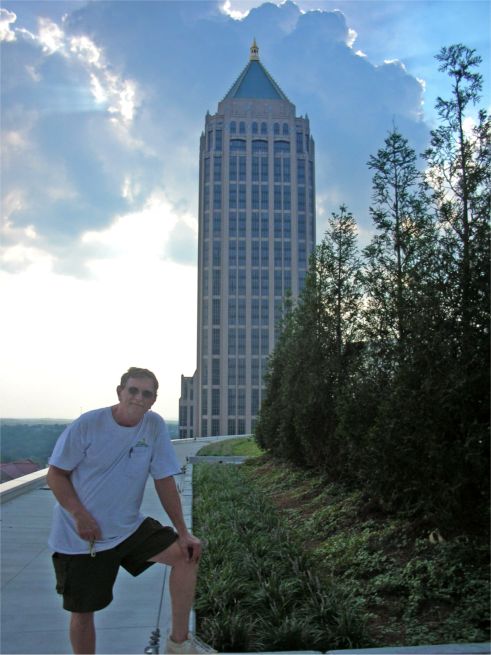 “Ernie Higgins was a man of wonderful contradictions.  Homespun but intellectual; soft spoken but intense; relaxed but hard working which shows how he found a balance in life and work that few find.  His spirit will be missed around the green roof circles and all his other social circles as well.” ~ Ed Snodgrass, Emory Knoll Farms/Green Roof Plants

“I first met Ernie while working on the ATL City Hall greenroof, from day one he was my new best friend.  He treated everyone kindly, with respect but with just a little ribbing humor.  A southern gentleman who always greeted you with a big grin and warm hug.  Wow, what a void he’s going to leave in the industry.

He and I were on the same flight coming home from Chicago (last October after CitiesAlive).  We sat and chatted the whole way home and continued on MARTA to our designated stops.  He never lacked in conversation and was always engaged to know you better.  He had my back so many times I can’t even count.  I regularly got random phone calls from people who would start the conversation “˜I was just talking with Ernie, and he says I should call you”¦’; a great team player.  I always wondered how he was privy to so many projects; I think because he knew everyone and everyone knew him and everyone liked and trusted him.  A very loyal person to call friend; a real diamond in the rough.” ~ Janet Faust, JDR Enterprises 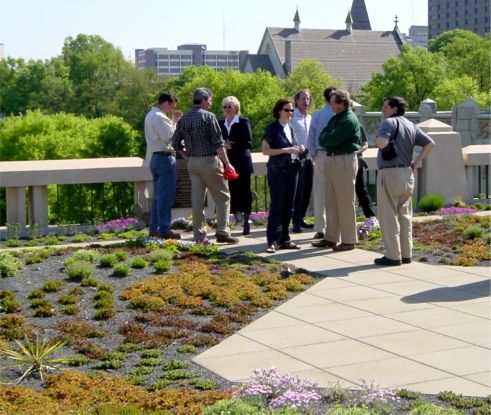 “Ernie was a true Champion in the Green industry and without his knowledge, expertise and professional guidance, the Atlanta City Hall Greenroof would not be the success that it is day.  Ernie touched so many lives in the industry and will be deeply missed.  We now have a void both in our hearts and in our profession that will take a long time (if ever) to fill…” ~ Bill Brigham,  Principal Landscape Architect/Proj. Manager, Bureau of Watershed Protection,  Dept. of Watershed Management, City of Atlanta

“Ernie was always the brightest smile in any room he was in. He was a major influence on me and my decision to enter into the world of Green Roofing. And with that, he shared his bliss and made it mine, too. “  ~ Mary Ann Uhlmann, Tremco 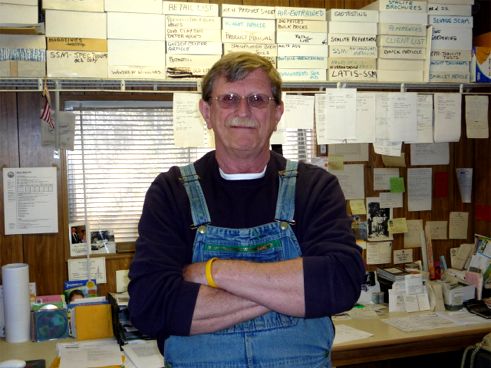 Close friend Chuck Friedrich has shared the following with us:

In 1994 he married Chris Pepper on 70 acres tucked into a bend of the West Fork of the Little River at the end of Butler Road- just South of Quillian’s Corners and Clermont, GA.  Ernie and Chris later purchased that land and have generously shared their property with friends and family on a regular basis.  Ernie Higgins never met a stranger and perhaps his greatest delight in the world was bringing his friends and family together for a good time.  He enjoyed making connections with people and seeing people connect.  He loved to learn, to hear stories, to tell stories, to listen to good music, and to help anything grow.  At just shy of 70 years old Ernie had more kid-like zest for life than many of us have ever known.  As Angus says, Ernie was a “special, unique, crazy and wonderful hippy.”  Ernie will live on in the hearts and minds of his family and friends.

“Ernie got an early start in the organic movement and was way ahead of his time,” said one of  his partners, Bobby Saul of Atlanta.  “For 26 years Ernie stayed with the business he loved, composting and blending organic planting soils when few recognized their importance,” Saul said.  “Those who knew the man saw an endless determination to succeed, a master blender, a logistics genius and a salesman  extraordinaire.”

A memorial will be held in the Ed Cabell Theatre at the University of North Georgia (Gainesville State College), in Gainesville, Saturday, January 19, 2013 at 2:00 PM. The family requests that in lieu of flowers, donations be made to the Smithgall Woodland Botanical Garden- contact Rebekka Kuntschik- [email protected] and/or the Humane Society of Northeast Georgia, 845 West Ridge Road, Gainesville, GA 30501.  Cards and correspondence may be sent to P.O. Box 434 Murrayville, GA 30564.”

Remember the part of how  Ernie Higgins never met a stranger?  Here’s proof – the photo below shows him at a CitiesAlive after-party in Philadelphia 2011 with Chilean Ignacio Espoz of Latin Green who had just met Ernie about 10 minutes prior, introduced by me: 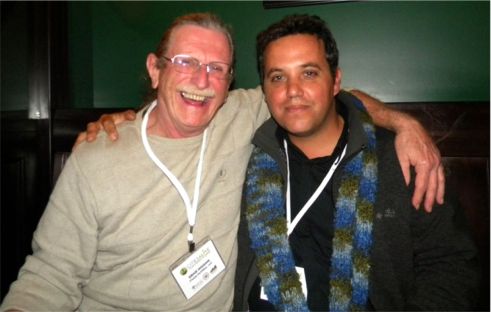 We’ll miss your ponytail,  kind smile, and hearty laugh, Ernie!  You will certainly never be forgotten, always remembered as the happy person and gentle soul that you are. 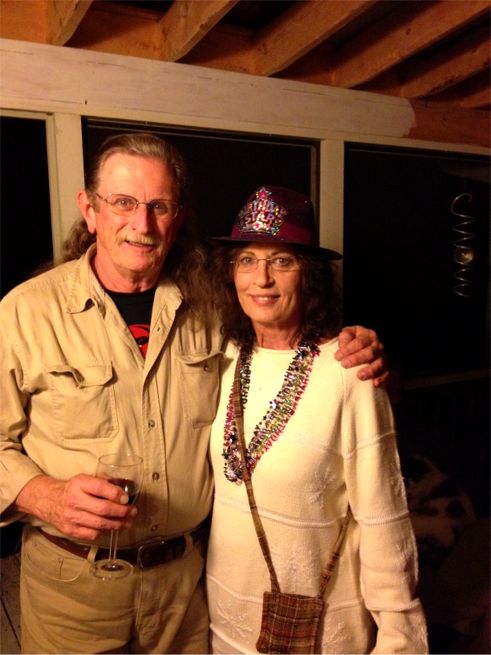 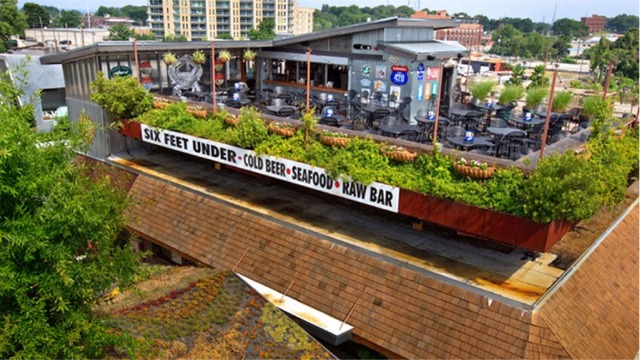