Each week you can expect to learn What’s New here on  Greenroofs.com through our “This Week in Review” video.  After a summer vacation, here’s the transcript from June 24 which also covers the weeks of June 17 & 10, 2011 from our daughter, Anjuli –  click on the photo below to see the video, or here.   Enjoy!

–   Hello, I’m Anjuli Velazquez and welcome to This Week in Review for this week, June 24th 2011, as well as for the past two weeks since I was gone for a little summer break, on  GreenroofsTV.

–  Projects of the Week

–   Our project of the week is the Hotel UshuaÃ¯a Low-Tech Vertical Garden built in 2011 in Ibiza, Spain.  Situated in the Hotel UshuaÃ¯a de Ibiza, the four panel eco.bin greenwall acts as a sound barrier between the open air disco, which is located in between the hotel’s central courtyard and the surrounding guest rooms.  The garden wall consists of rows of ceramic terra cotta containers whose circular openings are individually filled with growing medium and planted. Each interconnected planted ceramic has its own substrate and vegetation, and works together to create this sound-absorbent garden space.  This is the first such type of greenwall garden system in the world.  Also, the designers have selected a variety of native plants which can adapt and thrive in these Mediterranean conditions; and as you can see, they provide a multitude of colors during the year.

–   Our project of the week last week was the NYC Parks Five Borough Administrative Building built in 2007 in Randall’s Island, New York, New York. In response to Mayor Bloomberg’s visionary 2007 PlaNYC initiative, the Five Borough Technical Services division began a program of installing green roofs of various designs, realizing that they could contribute significantly to the city’s sustainability effort.  To date, the division, together with Parks’ Green Apple Corps and others, has installed 24 systems covering over 29,000 square feet of roof on the west wing of the building including Green Paks, GreenGrid, BioTrays, Bioroof, Xero Flor, and many custom designs. Five Borough’s is the only known green roof in the U.S. to feature such a vast array of distinct systems side-by-side, which vary by types of growing medium, depth of growing medium, and plant selection.  And there are also other non-traditional green roof systems here including a green wall, container systems, a “walkable” atrium system, as well as planters on top of parapet walls.  By the way, look for a very in-depth look at this roof as our Guest Feature Article coming very soon!

–   Our project of the week for June 10th was the Ruthven Garage built in 2010 in Tacoma, Washington.  In 2010, Jenny Ruthven was a horticulture student at Oregon State University, and after graduating found employment within the green roofing industry and wanted to design and install her own greenroof, and her parents’ garage was the perfect spot.  With the help of family and friends, they had to first add some additional structural support to the garage and replace the 29+ year old shingles. Then, they used a custom made blend of soil which ended up consisting of about 52% inorganic and 48% organic.  Inorganic was all pumice, with a bit of perlite thrown in. Half of the organic component was cedar grove compost, and the rest was coconut fiber, peat moss, mushroom compost, chicken compost, and steer compost. They planted 432 plants, with about 60 different species and varieties total.  Looking back now, Mom Sandra says that she  figured that she’d really like her greenroof, but had never   anticipated how much.

–  Skyland USA is pleased to announce the launch of a new rooflite ® certified growing media website.

The University of Sheffield is looking for a Hydrologist or Urban Drainage Marie Curie More Experienced Researcher in Sheffield, United Kingdom.

–  You can go to  greenroofs.com/joblinks.htm more information on this job and other Green Roof Job postings.

–   Make sure to check out our latest Guest Feature Articles and Blog Posts:

–   And Steven Peck fills us in on a Green Roofs for Healthy Cities’ 2011 CitiesAlive Conference update.

–   Over at the Sky Gardens Blog, catch up on all of Linda’s other posts about Chris Wark’s 2011 7-part Green Roof Energy Series is now available on PDF, and the Greenroofs.com’s “TWIR” on GreenroofsTV for June 3rd, 2011.

–  The American Institute of Architects (AIA) Committee on Architecture for Education (CAE) has selected 13 educational and cultural facilities for this year’s CAE Educational Facility Design Awards.

–   And on June 29th-30th: is Greenbuild EXPO Exhibition & Conference of Sustainable Building in Manchester, United Kingdom.

–   Julia Johnson of the Ottawa Citizen reports on “Old film treasure preserved in federal news archives building.”  Earlier this week, Library and Archives Canada unveiled its new $14.7-million preservation facility for nitrate film on the government’s Shirleys Bay campus.  The new building now houses 5,575 reels of nitrate film dating back to 1912.  Archivist and librarian of Canada, Daniel Caron says that the new facility was also designed to be environmentally friendly, including efficient mechanical systems, insulated walls and a greenroof.  And Mario Gasperetti, the archives’ manager of strategic accommodation adds that the greenroof helps with keeping the vault cool by reducing heat exchange and instead of using manicured grass on the roof, it is designed to look exactly like the meadow landscape surrounding the building.

–   Julie Young of the Richmond Times-Dispatch talks about “Burnt-out home goes from ashes to awesome.”  She says a few years ago, the 1920s row house on Grove Avenue was an “architectural corpse.  Its skeletal remains consisted of a disfigured facade, broken bones and devastating internal damage.”  Then along came Dr. Susan Miller and her husband Dr. Kenneth Kendler to the rescue.  In 2008, they signed on to breathe life back into this burnt down home.  Over the next two years, “The Phoenix” was reborn and filled with green eco-friendly sustainable features like their own greenroof, the 25 foot tall green wall located in the home between the dining room and great room, thirty photovoltaic  roof panels, solar panels, concrete countertops flecked with reclaimed glass and rocks their now-adult children collected as kids, and much more.  The living wall ecosystem was designed by Scotty Guinn Dilworth of SG Designs and installed by Capitol Greenroofs who also installed the roof-top garden.

–   Sandy Bauers of Philly.com says “A tiny step forward for green roofs in Philadelphia” includes “a cheerful puff of plant life atop a bus-stop shelter.”  Tiffany Ledesma Groll, the project’s coordinator said, “We basically see this project as an opportunity to inspire homeowners.  A lot of the green roofs that are really fabulous and gorgeous are on high-rises” – which most people never see.  She goes on to say, “We thought it would be fun to bring it down to eye level.”  Last week, workers from Roofmeadow, a Philadelphia green roofs company that did the installation pro bono, were busy topping the shelter with its “mini-oasis.”  They planted a fuzz of pink dianthus, multicolored portulaca, and sedum and Roofmeadow also has committed to maintaining the roof for its first two years.  Charlie Miller, president and founder of Roofmeadow, said the roof “will give people a sense of familiarity…how it contributes to the quality of life.”  His son, Ari, designed the installation so it could be replicated as a “kit” for other bus-stop roofs in the city.

–   To learn more about these stories and new ones posted daily, go to our  In the News or  newslinks section of our website.

–   Have something you think we should know about and post on our website?   You can send us your green articles, videos and images to  [email protected].

–   Stay up-to-date with what’s going on at  Greenroofs.com by subscribing to our  greenroofsTV channel on YouTube, following us on  Twitter, liking us on  Facebook and being a member of our network on  LinkedIn.

*This week’s episode is sponsored by  The Greenroof Directory, brought to you by  Greenroofs.com.*

Did we miss something?   We’d love to hear from you! 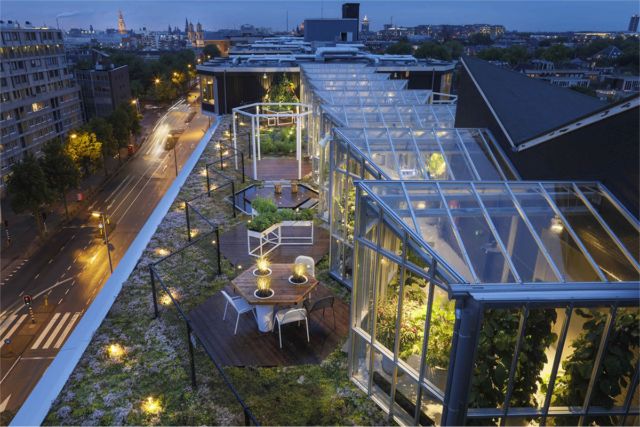 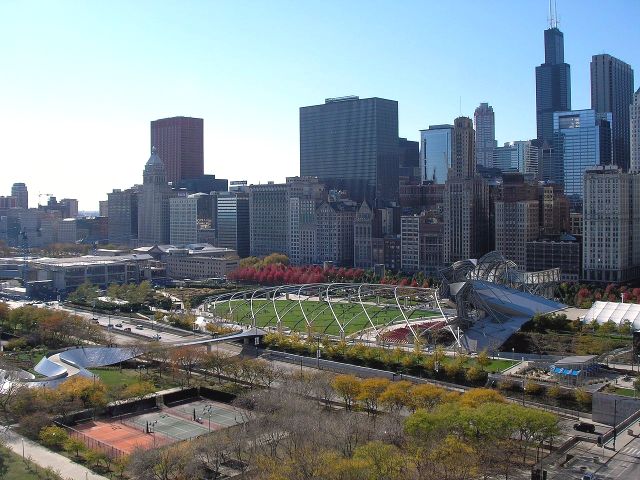 Featured Projects
Project of the Week for August 14, 2017: Millennium Park