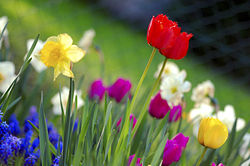 Spring is the Birthday of the World

“‘Tis like the birthday of the world,
When earth was born in bloom;
The light is made of many dyes,
The air is all perfume:
There’s crimson buds, and white and blue,
The very rainbow showers
Have turned to blossoms where they fell,
And sown the earth with flowers.”
– Thomas Hood

Spring is way sprung and we’re in full gear, knee deep in the season of birth and renewal, of laying the foundation  for the future, of nurturing and sowing our seeds within the season of perpetual  hope and new beginnings!

I guess it’s no wonder, then, that events honoring the sacred feminine – the ying opposing the yang in the universe within  our spiritual and physical worlds –  are  observed during this time.     Holidays such as Easter and Earth Day occur during Spring in the Northern Hemisphere which runs from March into June.   According to Wikipedia, ying yang  describes “seemingly disjunct or opposing forces…interconnected and interdependent in the natural world, giving rise to each other in turn.”     The decidedly earthy, motherly Yin and masculine Yang are complementary opposites within a greater whole, each dependent of each other – sounds like  the  basis for a really good  relationship, right?

Yes, and wouldn’t you say that the greatest environmental maternal relationship of all has to be with Mother Earth?     I believe it’s no coincidence that late March was chosen to host Earth Hour,  at the beginning of Spring.     Earth Hour 2008 was held internationally on March 29 from 8 p.m. to 9 p.m. local time, marking the first anniversary of the event.   This year it was celebrated on March 28 from 8:30 p.m. to 9:30 p.m. local time and as a  company and as a family, this was our second  year  participating in  Earth Hour.

Although we  observe Earth Day on    April 22, Earth Day was initially celebrated on March 21, 1970, the equinox day.   Earth Day, now Earth Week, marked the beginning of the modern environmental movement.    Wikipedia says, “The equinoctial Earth Day is celebrated on the March equinox (around March 20) to mark the precise moment of astronomical mid-spring in the Northern Hemisphere, and of astronomical mid-autumn in the Southern Hemisphere.”   Margaret Mead added her support for the equinox Earth Day, and in 1978 declared:

“EARTH DAY is the first holy day which transcends all national borders, yet preserves all geographical integrities, spans mountains and oceans and time belts, and yet brings people all over the world into one resonating accord, is devoted to the preservation of the harmony in nature and yet draws upon the triumphs of technology, the measurement of time, and instantaneous communication through space.

EARTH DAY draws on astronomical phenomena in a new way – which is also the most ancient way – using the vernal Equinox, the time when the Sun crosses the equator making night and day of equal length in all parts of the Earth. To this point in the annual calendar, EARTH DAY attaches no local or divisive set of symbols, no statement of the truth or superiority of one way of life over another. But the selection of the March Equinox makes planetary observance of a shared event possible, and a flag which shows the Earth as seen from space appropriate.” 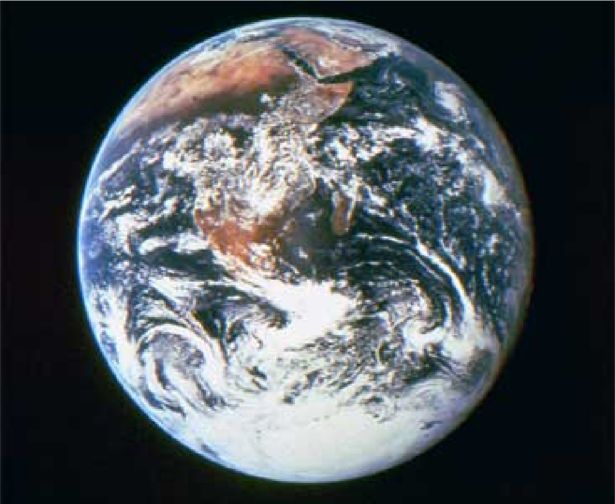 Landscape Architecture Month  is also set in Spring, in April.   I chose  the field of landscape architecture for many reasons, but most definitely for the blending of creativity and ecology, stewardship of the land, and my simple passion for plants – I’ve always had a green thumb (my nurturing side also gave way to my three children) and love to draw.   Still dominated by men, the last  20-25 years or so has seen an incredible rise in female practitioners.   When I was at the SED at UGA from 1996-2000, enrollment was extremely  male-dominated – easily 4, if not 5, to 1.

As a planet, as a culture on a mega-grand scale, we are bound together as minuscule parts of a mutual whole…One of my favorite quotes is sometimes labeled as an Ancient Indian Proverb, or attributed to Antoine de St. Exupery, Ralph Waldo Emerson, David Bower or Andre Gide, but whoever wrote it obviously felt respect for our natural environment, promoting spiritual sustainability, too:

“We do not inherit the earth from our ancestors; we borrow it from our children.”

In any case, I hope you’re enjoying Spring by having celebrated Earth Hour, Earth Day and Week, Landscape Architecture Month, and especially  Mother’s Day, a smaller scale but equally important celebration to honor the feminine.

Happy Mother’s Day, from our Pahl/Velazquez family of four generations:
Top: My sister Alicia Pahl-Arritola; Bottom, left to right: my Mom Ellie Pahl; me; my daughter Anjuli and my grandson, Nicholas Joseph.

Let’s continue to  honor our mothers, ourselves, and Mother Earth, every day.

2 replies to "Mother Earth, Every Day"