About a month ago my husband, Aramis, alerted me to a competition from The Green  on the Sundance Channel called “What’s the Big Idea?” Contest.   The Sundance Channel and Lexus Hybrid Living were encouraging either a video or photo essay no longer than 60 seconds which illustrated how you work green, play green, eat green and live green, making our planet a cleaner, greener place.   And what’s the grand prize?   A private green consultation with BIG IDEAS FOR A SMALL PLANET experts, CURRENT ENERGY and $10,000 to help you live a greener life!

So you can imagine what my Big Idea was – greenroofs, of course!   I’m lucky that our oldest son Joey offered to help and that I have access to one of my own designs here in Alpharetta, GA,  The Greenroof Pavilion of Rock Mill Park.   The deadline for submissions was midnight on May 20, 2008, but Joey and his wife were out of the country in April, returning just after the Greening Rooftops for Sustainable Communities Conference in Baltimore.   So we had to wait.   I had some editorial catching up to do and trips planned for work and play the first half of May, but since I’m no stranger to tight deadlines anyway, and even though I always underestimate each project by at least half of the time I really need, we hurriedly decided to give it a go and off we went to film the day before it was due. 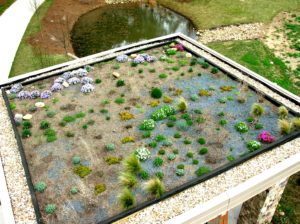 We had just planted this roof on October 25 of last year, and about 5 weeks ago went up to check on its progress, weed, and since it is a test greenroof, take notes on which species were faring well and those which were not.   It looked great; the grasses in the “Forest” and “Upland Meadow” zones were swaying in the wind, the blue phlox in “Big Creek” and the white phlox in the “Meadow” were in flower, and the chives were blooming in the “Wetlands.” 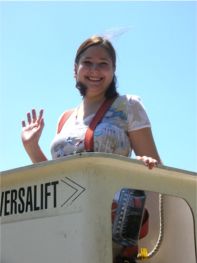 I figured that if I was going to be up on the greenroof again, I would bring up some additional plants and more river rock used as design accents, too.   The City of Alpharetta graciously provided usage of their bucket truck once again, and up we went individually, buckled up tightly in our safety harness to plant and film:   Caroline Menetre, our intern, Joey, his wife Korinne – at left – and me.   I have to give special thanks, of course, to the City of Alpharetta and particularly Terry Porter, the Environmental Education Coordinator, who has always gone up with me before and has been a champion of this project for years – but this time she just watched on the sidelines with a broken wrist!

Now with a borrowed camera and  our rushed filming and editing schedule, I did not realistically believe we had much of a shot to win this thing, but it was a fun learning process, at least for me.   We went back the next day to take video on the ground, in front of the Greenroof Pavilion and next to the Greenroof Demonstration Model.   Lessons learned?   It’s amazing how much film you need to compile a minute’s worth of work, and it’s not so funny to be fumbling your lines over and over again!   Wind is awesome for movement but not so good for sound.   Lighting is essential, and some cue cards would have been a thing of beauty!

Of all of the submissions, 25 semi-finalists  were just  chosen the week of May 26, and now the videos/photo essays  are open for voting from the general public to determine the five finalists; then the Grand Prize Winner will be selected by a panel of judges from the Sundance Channel’s GREEN Advisory Board.   The winner will be announced on or about July 7, 2008.

Well, I’m thrilled to say we were chosen as a semi-finalist!   So here’s my entry entitled: Love the Earth: Plant a Roof!   Is it worthy of an Academy Award?   No way!   Is it worthy of promoting greenroofs as The Big Idea for the Next Big Thing?   You bet!   Please vote for us by June 24, 2008 – what great exposure for our greenroof community, don’t you agree?

You must be a Sundance Channel member to vote!   Please login or register here.

Our News
YouTube 2020 Year in Review from our Greenroofs.com Channel is here!

Featured Projects
New! Project of the Week Video on Greenroofs.com & Featured on Our YouTube Channel 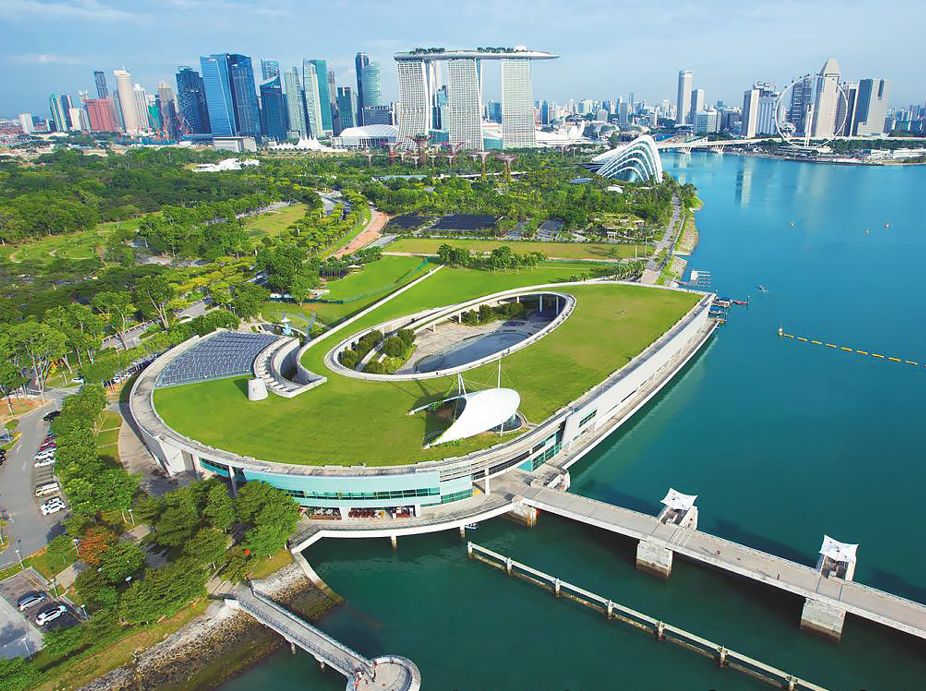