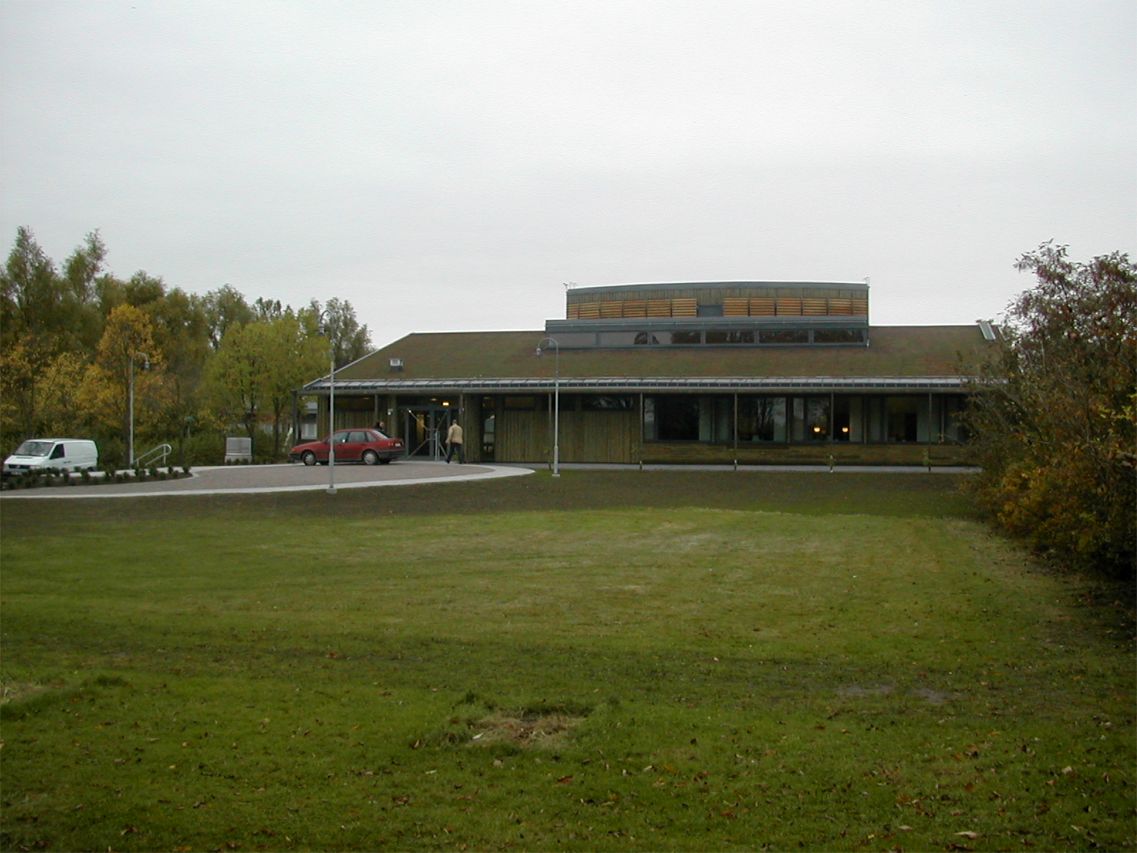 The starting point for the University of Agricultural Sciences building was that four different crop production departments had been joined together in one new department. There was a need for a building that could connect the different department but there was also a need for a new larger lecture hall. The construction of the building was started in November 2001 and finished in September 2002.

Aramis and Linda Velazquez visited the facility in October 2002 thanks to Violetta Lindquist of the Scandinavian Green Roof Institute and Tobias Emilsson, Swedish University of Agricultural Sciences, Department of Agricultural Engineering.