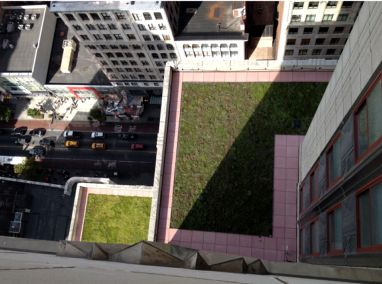 Installed in July, 2013, the Xero Flor System used on the Empire State Building, 25th Floor Northwest is the XF322 Sedum-Moss System with a dry weight of 4 pounds per square foot and saturated weight of 8 pounds per square foot. This option was used here because this roof area receives little direct sunlight. This greenroof is not accessible.