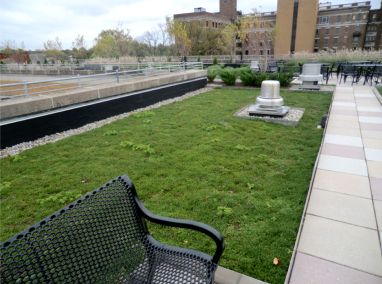 One half of the building is used for the authority?s Section 8 housing offices, and the other half is used by Louisville-Jefferson County Metro Police Department. The 801 Vine St Metro Housing greenroof has both an intensive and extensive greenroof system by American Hydrotech, installed by Steele Blades Lawn & Landscape Services in October, 2010.

According to Louisville Metro Housing Authority Director Tim Barry, “the project is costing the authority $435,000, and Louisville-Jefferson County Metropolitan Sewer District is contributing $60,000 to the project,” (Business First, 2010).