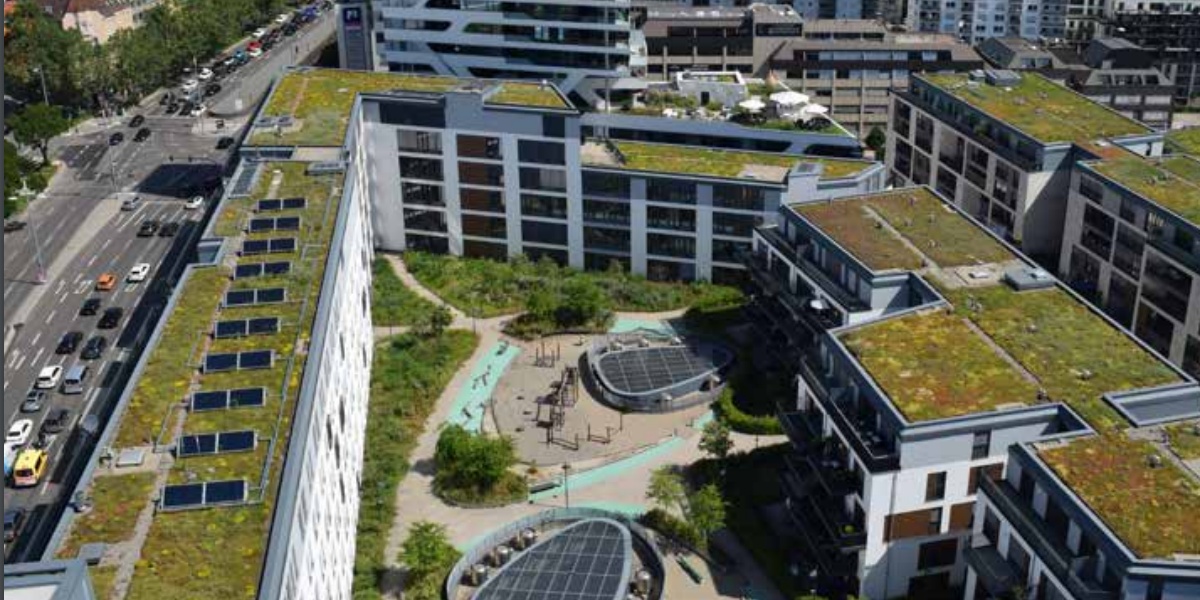 Planted roofs of buildings can reduce heat in cities in hot summers, hold back precipitation and improve the drainage situation. But: Which green roofs are particularly suitable for this and to what extent does the climate in the cities actually improve?

The Federal Green Building Association (BuGG, Berlin) investigated these questions in cooperation with the German Weather Service (Offenbach) and EFTAS Remote Sensing Technology Transfer (Münster) using the example of the city of Essen. In the project, greened areas were already entered in a so-called green roof cadastre and other green roofs in a potential cadastre. Based on this data, it was determined which cooling effect the green roof has and which types of green roof have the greatest impact.

The German Federal Foundation for the Environment (DBU) supported the project technically and financially with 200,000 euros.

Learn more about the ADAM Project.