If you follow Greenroofs.com you know we just spent three weeks Down Under.  I spoke at the World Green Infrastructure Congress 2014 in Sydney and afterwards was invited to speak at a private function in Auckland for Natural Habitats.  The Congress was great and Matthew Dillon and company from Green Roofs Australasia did a wonderful job, and the same can be said about Graham Cleary from Natural Habitats – I’ll report a little more about these awesome events at another time.

My point now is to wholeheartedly thank the people who helped us during and after a very scary situation – a high speed car accident about three hours south of Auckland.  After spending three glorious hours at a private tour of Hobbiton, the Peter Jackson Movie Set where scenes were filmed for The Lord of the Rings and The Hobbit trilogies (another blog post – it was fantastic and the highlight of my trip – I’m a total Tolkien geek), we were on our way south to Rotorua to engage in some Maori cultural events when we were t-boned making a right turn (you know they drive on the other side there). 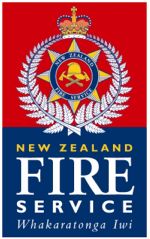 Not to be too overly dramatic, but it was the single most scariest moment of my life.  Aramis was driving so I took the brunt of it.  He walked away with minor air bag burns and whiplash, and thank goodness the other driver did, too.  I was trapped by the left door and within a couple of minutes I had an off duty nurse sent seemingly by the angels next to me.  Also, an off duty paramedic/fireman was there as well helping Aramis to try and open my door.  Then another nurse who was also a paramedic arrived and took over.

Within minutes, there must have been 20+ people there – the fire brigade, EMT’s, police, etc.  In the end, they had to use the jaws of life to get me out, and both cars were totaled.  The doctor and nurses at the Tokoroa Hospital were great, too.  After all was said and done, I only had one broken bone in my left hand and tons of spectacular bruising!  The hardest part was getting home a day and a half later, which took us a day and a half as well.

We are recuperating very well and I certainly hope to see many of you in Nashville in less than two weeks. Next week things should get back to normal here so look for a new Project and Company of the Week, as well as video postings from our Greenroofs & Walls of the World™ Virtual Summit 2013.

It is our humble wish to sincerely thank all of the off duty and on duty emergency personnel who assisted us on that beautiful country road just south of Matamata!  New Zealanders are just lovely and kind folk to begin with, and we will always remember their goodness and heartfelt actions during our close call.  Thank you also to Graham and Lucy Cleary who assisted and supported us during this time with all sorts of logistics.

Warm wishes to all our friends in New Zealand!