Each week you can expect to learn What’s New here on Greenroofs.com through our “This Week in Review” video.  Here is the transcript from April 20th, 2012 from our daughter, Anjuli – click on the photo below to see the video, or here.  Enjoy!

– Hello, I’m Anjuli Velázquez and welcome to “This Week in Review” for April 20th, 2012 on GreenroofsTV.

–  Our project of the week is the Library of Congress Packard Campus of National Audio-Visual Conservation Center, built in 2005 in Culpeper, Virginia.  This $120 million, former Cold War United States Federal Reserve bunker, facility is built into the side of Mount Pony in Culpeper, southwest of Washington, D.C., and was created through a partnership between Packard Humanities Institute, the United States Congress, the Library of Congress, and the Architect of the Capitol.  A state-of-the-art facility where the Library of Congress acquires, preserves and provides access to the world’s largest and most comprehensive collection of films, television programs, radio broadcasts, and sound recordings, the Library of Congress Packard Campus is not only home to the largest library in the world but is also one of the largest greenroofs in the U.S.  The vegetated roof protects the film vaults which contain the nation’s heritage of film in their original nitrate form.

With plants provided by Emory Knoll Farms/Green Roof Plants, SmithGroup covered the center with a 228,000 square foot roof garden, while blending the design into the rural Virginia hillside; and the greenroof has the added benefit of helping to keep the temperatures inside the storage facility stable for up to two weeks in the event of a long-term power outage.  International Leak Detection performed the EFVM ® integrity test on the various roof slopes to ensure the membrane installation was watertight prior to the installation of the plantings.

– To learn more about the Library of Congress Packard Campus of National Audio-Visual Conservation Center,  click on our project of the week photo on our homepage (or on the above photos).

– There’s still time to enter the 2012 “Love the Earth, Plant a Roof!” Earth Day Photo Contest! If you have a greenroof photo you want to submit, go to our Facebook page and upload it!  Make sure to tell your friends and family to vote for it daily until Earth Day, April 22nd!

–  Don’t forget going on now through Sunday, April 22nd is our “Love the Earth, Plant a Roof!” Earth Day Photo Contest!  So make sure to like our Facebook page, if you haven’t already, upload your greenroof photo and then get your friends and family to vote for it!

– April 22, 2012 is the 42nd Anniversary of Earth Day.  Building on the major achievements of Earth Day 2011 and A Billion Acts of Green ®, Earth Day Network is working to reach even more people all over the world to promote environmental awareness.  Support Earth Day!

Your support enables Earth Day Network to power the environmental movement and ensure a healthy and sustainable planet for all of us.  Your contributions and purchases help mobilize communities, implement environmental education programs and support Earth Day events and actions around the world.

From greening schools in post-Katrina New Orleans to improving water and sanitation services in a refugee community in Ghana, EDN supports and coordinates thousands of Earth Day events worldwide each year.  Earth Day, April 22, is the largest secular holiday in the world, now celebrated by more than one billion people.

–  April 23rd-25th: is a Design-Build for Water/Wastewater Conference, in Phoenix, AZ.

–  And April 27th: is a Green Rooftop Co-Working & Philanthropy Event, in Sydney, Australia.

–  Tom Oder of the Mother Nature Network, tells you “How to install a green roof.”  Installing a green roof can be an ambitious project for anyone who doesn’t really know what they’re doing.  It’s always good to get professional help but if you want to try a smaller version, like on your dog house or porch roof, and don’t mind getting your hands dirty, here’s a do-it-yourself guide.  In this article, you can read about what a green roof is, choosing the location, choosing the weight, using a flat or sloped roof and then, how to install it.  He also tells you what kind of soil to use, which plants are ideal, and talks about the many benefits of green roofs, like the aesthetically pleasing effect, reducing heating and cooling costs, and more.

Robin Andrews, of the Greenbuild division of Saul Nurseries and ItSaul Plants in Alpharetta, GA said, “In areas of the country where summers are hot and dry, fall installation of matted plants is recommended because plants acclimate and establish best when the climate is mild.”  So if you’re interested, you can find this article in our newslinks and read all about how to install your own green roof.

–  Kevin Haas of the Rockford Register Star, announces “Green roof will top it all off at Nicholas Conservatory in Rockford.”  He says, “the roof of the Nicholas Conservatory will go from gray to green this summer.”  This green roof will provide many benefits like, reducing the building’s energy costs, extending the life of the roof, managing stormwater, and providing habitat for birds and insects. 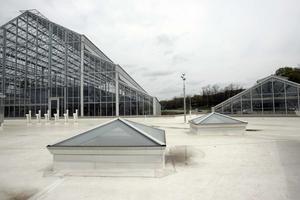 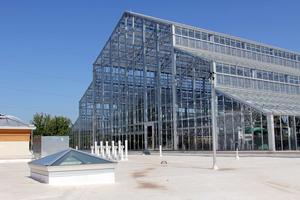 Hundreds of trays filled with a variety of heat- and drought-tolerant plants will be installed, for year-round vegetation, plant color, and beauty.  The new roof is one of several features that helped the conservatory earn its LEED-certification; they also have solar panels and a geothermal system.  Go to the full article to also watch a short video with Ruth Miller, facility manager at Nicholas Conservatory, where she talks about the new green roof.

– This has been This Week in Review for April 20th, 2012 on GreenroofsTV.  I’m Anjuli Velázquez and I’ll see you next week! 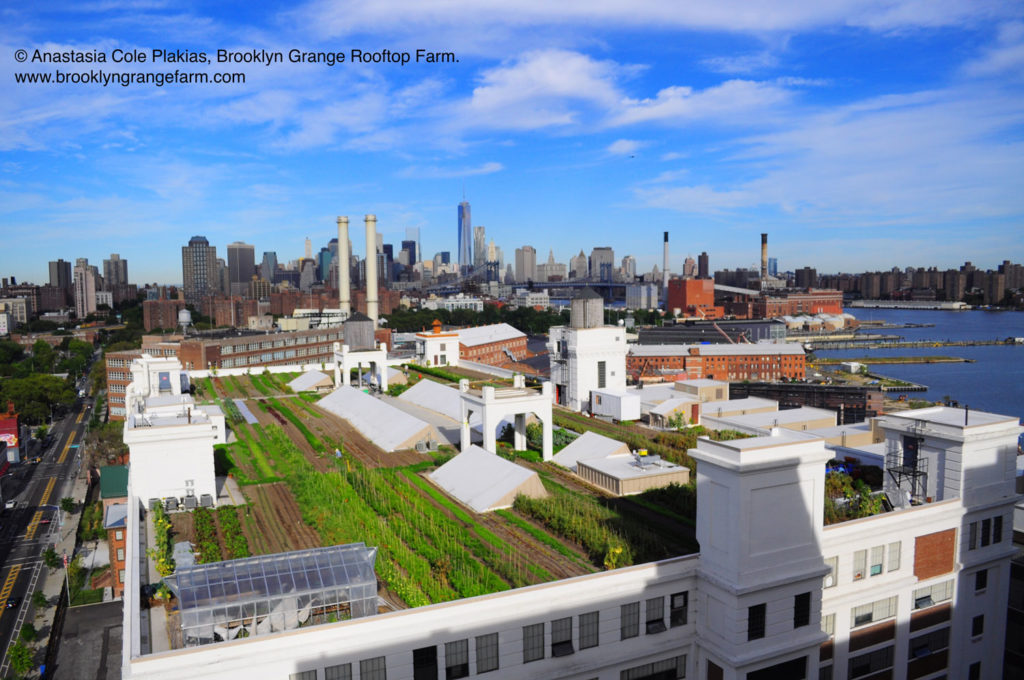 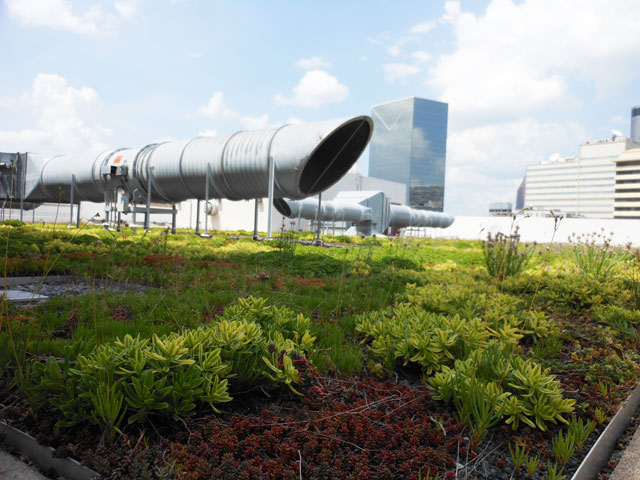 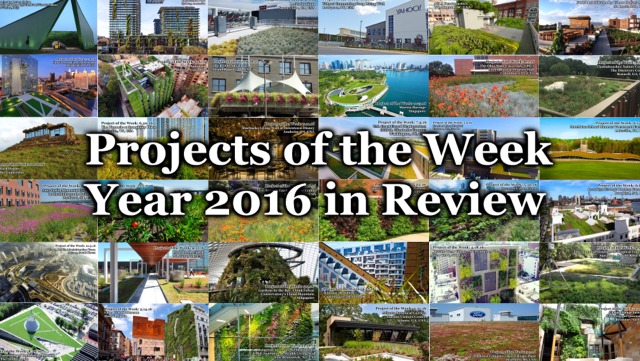