Everyone agrees that ten years ago, the world changed forever.  The 10th anniversary of the previously innocuous date of September 11 has been commemorated beautifully and poignantly across the United States of America today to remember those lost in the horrific attacks in New York City, Washington, D.C. and Pennsylvania and reinforce our belief that the majority of people are good, as evidenced by so many selfless acts of courage on that day.  And, we must remember and protect; we can rebuild, and we are strong.

I’ll leave politics to the  politicians, and instead talk about rebuilding and remembering.  Construction of the Freedom Tower continues to move forward, and parts of the National September 11 Memorial should be finished by 2013.

Roberta Cruger of Treehugger reported earlier today on “The 9/11 Memorial & Museum’s Focus on Sustainable Design.”  Focusing  on how design can make us feel is a great way to create a positive experience for a heinous act.  In effect, the entire memorial is a greenroof since it is located over structure – with train station and other facilities 70-feet underneath  street level – and is seeking  LEED Gold certification.

Designed by architect Michael Arad and landscape architect Peter Walker, the 9/11 Memorial at the former site of the World Trade Center features bronze panels engraved with the names of those who died on September 11th and the 1993 bombing, surrounding two 60-foot deep pools – described as “large voids, open and visible reminders of the absence.”

A grove of more than deciduous 400 swamp white oak trees on the Memorial Plaza creates a reflective space with ever changing colors to represent the renewal of life in their natural cycles.  The trees were harvested from within a 500-mile radius of the World Trade Center site, with some from locations in Pennsylvania and near Washington, D.C.  :

“The National September 11 Memorial Museum at the World Trade Center will bear solemn witness to the terrorist attacks of September 11, 2001 and February 26, 1993.  The Museum will honor the nearly 3,000 victims of these attacks and all those who risked their lives to save others.” ~ 9/11 Memorial

Two dramatic waterfalls and reflecting pools invite contemplation in the footprints of the Twin Towers.  I’m sure you’ll agree that sustainable design also encompasses the ability to sustain emotional needs and connections to a site.

In the middle of writing this, I received the following messge from our dear  friends  Wendy and Chris Wark in New York City, who allowed me to quote them and use the photo below which Chris took off their balcony this evening:

“On this day of reflection we are left with the confusing and challenging detritus of grief.   How do we as a nation move forward?   How do we as fellow human beings sharing a common planet look to the future?   We know that in grief, in shock there is little but a shrill overwhelming scream that cannot, regardless of its volume shut out the reality of loss.   We also know that with an open heart one finds healing, the opportunity to love again, the chance for peace.   It is in hope of a future that is predicated on justice rather than revenge and healing rather than fear that we are sending this message – this image.   This is what we can see from our home, an amazing array of lights narrowing to a beacon and a focal point which we choose to see as a lighted path to a future that is sane.

Our prayer is that with each day more people can see how each of our actions cause a response; that we are all responsible for our perceptions of each other and that, in the end we are able to discern between self-righteousness and universal rights.  We also pray for healing.  Your healing and our healing.” ~ Wendy and Chris Wark

While many of us associate 9/11 with the attacks on the Twin Towers of the World Trade Center in Manhattan, let’s not forget the other two sites where innocent and brave people gave their lives: the Pentagon and an empty field in Shanksville, Pennsylvania.  The total number of victims included 246 on the four planes, 2,606 in New York City in the towers and on the ground, and 125 at the Pentagon.  In particular,  I’d like to point out the  25 flight attendants who acted as first responders. Along with the eight pilots, a total of 33 crewmembers reacted immediately and selflessly, and lost their lives on that day as well.

Those of you who know me well, or at least who have read my short bio in  About Us,  know that in addition to being principal of  Greenroofs.com I have also been an international flight attendant for almost 32 years – and so I can relate to this event on many levels.

President Obama and the First Lady today visited each of the three memorials that have been erected on the sites where the planes crashed and later attended “A Concert for Hope” at the Kennedy Center in Washington, DC.

A day of national remembrance ends with reflection and healing.  Healing continues with honoring by remembering and rebuilding – of physical places and more importantly with intellectual philosophies and emotional assumptions and convictions.

As I blogged about 9/11 back in 2008, it’s important for us all to continue to  Remember, Honor, Renew…and Imagine a world of compassion and acceptance. 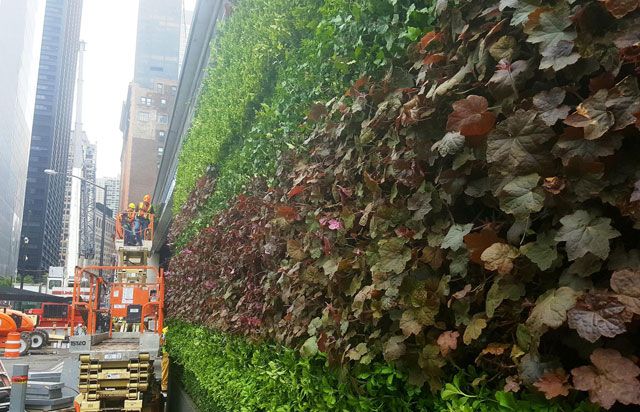