The City of Toronto has many great greening initiatives going for it, including their groundbreaking Green Roof Bylaw put into effect in May of 2009.  In fact, they were one of the first municipalities in North America – if not the first – to install a test/research greenroof in 2000:  The Toronto City Hall Green Roof Demonstration Project.

Now obsolete/defunct, we’ve kept the original profile up in The Greenroof & Greenwall Projects Database for research and archive purposes (but it’s not included in the total project or sf/m2 numbers).

Why is it obsolete?  In 2009 the City of Toronto started the much larger Nathan Phillips Square Podium Green Roof, which encompasses the public square surrounding Toronto City Hall.  Completed in late May, the grand opening of the brand new 36,500 sf Nathan Phillips Square Podium Green Roof was held on May 29 and May 30, 2010 to coincide with Doors Open Toronto 2010, the yearly architectural open house of interesting and important buildings across the city.

Kees Govers of LiveRoof Ontario Inc. supplied the modular LiveRoof system, and shares some photos of the opening day celebration of the Nathan Phillips Square Podium Green Roof “in all its glory” from May 29:

Kees says that Greenroof Designer/Contractor Terry McGlade of Flynn Canada Ltd, Gardens in the Sky, considers this the best greenroof his company has ever installed!

“I must say that this project is by far the most outstanding that our company has done to date- both from a beauty perspective and an end use.  And because we were the general contractor and the green roof installer we were able to have input on the quality of workmanship.” ~ Terry McGlade

From all accounts, similar sentiments were felt from the David Miller, Mayor of Toronto, Joe Pantalone, the Deputy Mayor, and their staff.  Green Roofs for Healthy Cities‘ Steven Peck was also on hand, seen below left with Kees in the middle and Terry McGlade, right:

“This project was more than 12 years in the making.  It’s not everyday a city gets a new park in the downtown.” ~ Steven Peck

According to the City of Toronto tally, 22,000 people visited the Nathan Phillips Square Podium Green Roof during Doors Open Toronto this year. Aramis and I saw it under construction from our hotel room in late October of last year, when we attended the CitiesAlive! World Green Roof Congress, photo left from my blog post.

Read the in-depth coverage in the Daily Commercial News’ “Building Toronto city hall green roof posed host of challenges” by Saul Chernos of June 25, 2010; Globe and Mail’s “An oasis at the top of City Hall” by Lisa Rochon of May 31, 2010, and see more photos and learn more about this lovely municipal living roofspace in The Greenroof & Greenwall Projects Database here.

Patrick Biller, Green Roof Maintenance & Installation with Flynn Canada, Gardens in the Sky, sent us the following two recent photos of the Nathan Phillips Square Podium Green Roof (when he was working on the project):

If you have any updated info and/or photos, please send them! 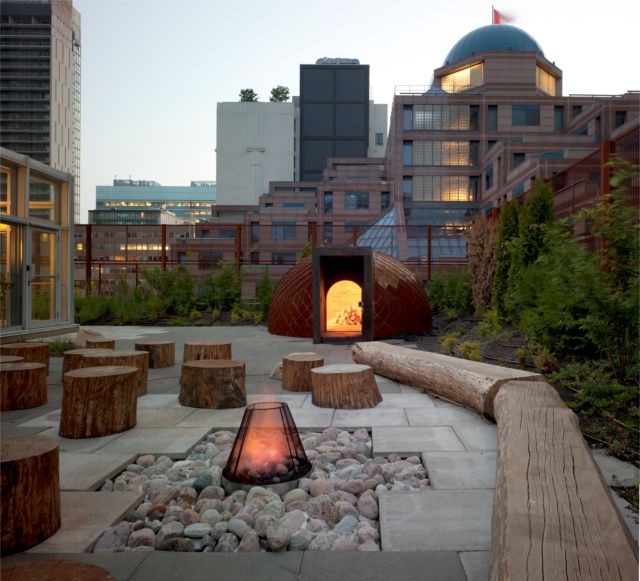 Featured Projects
Greenroofs.com Project of the Week for December 11, 2017: Native Child and Family Services of Toronto 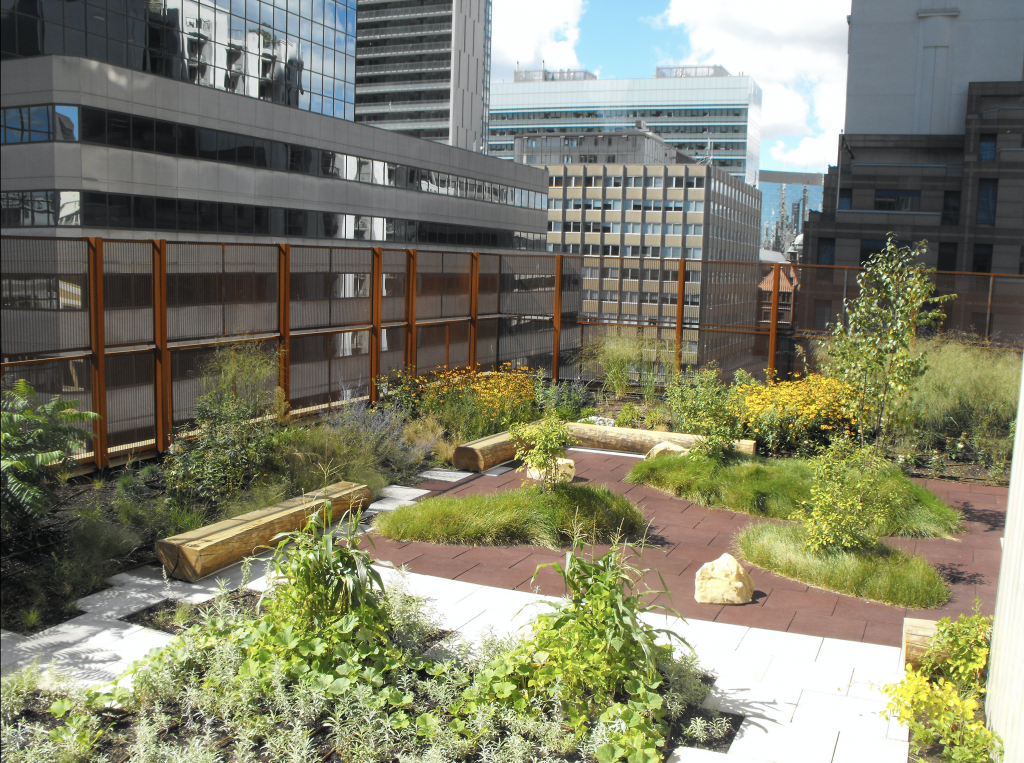