The first ever CitiesAlive! World Green Roof Infrastructure Congress will be held in Toronto in a couple of weeks and Greenroofs.com will be there.   In partnership with the City of Toronto, the World Green Roof Infrastructure Network (WGRIN), and Green Roofs for Healthy Cities  (GRHC),  CitiesAlive! is expecting a great turnout with over 1,000 participants.   Addressing the theme “Green roof infrastructure as a global solution to climate change,” the congress will host over 60 internationally renowned speaker presentations and expert roundtable discussions in greenroof design, policy, research and emerging trends in green infrastructure, and an industry trade show.

We’ve had multiple questions from readers about this conference, in terms of comparing it to the annual Greening Rooftops for Sustainable Communities Conference, which also  offers all  of the above.   GRHC is a founding member of WGRIN, who has been planning this congress for some time now, and since Toronto is at the forefront of greenroof policy in North America – plus it’s their home –  it’s only natural the inaugural  congress should be held in this beautiful international city.   But some people are asking me why it would be beneficial to attend in Toronto, especially if they had just come to Atlanta in June.   They’ve asked me about the focus of CitiesAlive! since we’ve always had global views and speakers at the seven Greening Rooftops for Sustainable Communities Conferences so far.

I recently asked Steven Peck, President, Green Roofs for Healthy Cities, these questions on the differences between the two events, and he shared his views with me:

“There are a number of important differences. The main ones are that the focus of CitiesAlive! is on how vegetative technologies, including urban forests, can help us mitigate climate change and adapt cities to the negative consequences like heat waves and severe storms. We have invited various experts from around the world to give presentations. It is much more focused than our annual conference which includes a wider range of topics. Another major difference is that WGRIN is the co-host of this event, which is scheduled to be held in Mexico City next year. This event will have a greater international flavour and we are having a Mexican fiesta and international showcase of projects on Wednesday, October 21 at the Toronto Botanical Garden. 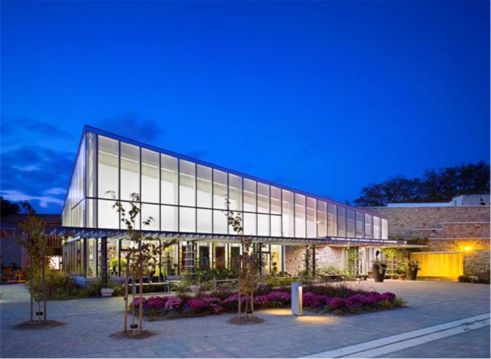 “We are also not having North American industry programs like the Awards of Excellence but a Student Design Contest instead – where 22 groups of students from around the world are redesigning a city block with multiple forms of green infrastructure for maximum sustainability benefits.

“We are also celebrating and acknowledging the policy and program leadership of the City of Toronto, which passed the first green roof construction standard and mandatory by-law for new buildings in North America.”

And Steven concluded, “So, CitiesAlive! is a different program with a broader scope of green technologies but more of a focus on positive climate change impacts. Cities Alive! is going to be a really unique, one-time event.”

OK, so we can expect greater green infrastructure beyond greenroofs and green walls,  encompassing broader living architecture technologies, with greater international focus and flavor – got it!   I love the inclusion of the  international student design competition, “Transforming the Face of Buildings“ – it sounds very promising, where students were asked to rethink the connection between built and biotic landscapes.   It will be very interesting to see the entries.   Also of note, the Congress is offering courses, many sustainable project tours, CitiesAlive! delegates can learn more about the new Toronto Green Roof Bylaw, and the Canadian Green Roof Professional (GRP) Accreditation launch will be held on October 19, 2009.

The CitiesAlive! 2009 International Green Infrastructure Congress will be held from October 19 – 21 2009 at the Sheraton Centre Toronto Downtown, 123 Queen St. West, Toronto, ON, Canada.   Visit www.citiesalive.org for more information and to register.

It’s great to see the international greenroof community coming together again, and we’re very happy to be attending the CitiesAlive! World Green Roof Infrastructure Congress, too.  We  hope to see many of you there, including our Student Editor, Christine Thuring, the Green Wall Editor, George Irwin, and the Architecture Editor, Patrick Carey.   Aramis and I look forward to  taking  the Toronto Sustainable Roof Bus Tour,  sponsored by Tremco and Bioroof, and enjoying the sights and sounds of awesome downtown Toronto with friends and colleagues.

2 replies to "CitiesAlive! World Green Roof Infrastructure Congress – A World of Reasons to Come to Toronto"