I’m on the NYC Tax Abatement e-mail list, and this is what Carter H. Strickland, Jr., Senior Policy Advisor for Air and Water in the Mayor’s Office of Long Term Planning and Sustainability, just sent out  to advise  everyone planning on applying for a tax abatement for either a greenroof or solar system: 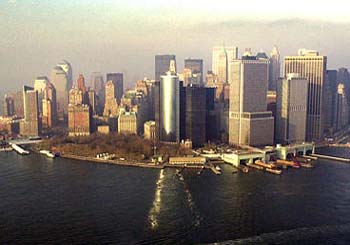 Given the tight time frame we are facing with processing the new green roof tax abatements for this year, the Department of Buildings is trying to streamline the process for processing those applications.   Any solar installers or buildings owners who have a project that they think qualifies for an abatement this year (therefore needing to start the process by March 16, 2009 per the law) should immediately contact Bonnie Gerard (212-442-1239 or bgerard@buildings.nyc.gov) as soon as possible.   DOB is finalizing the checklist and application forms for the abatement and we will distribute them to you as soon as we receive the finalized version (Bonnie will also be able to give them to you once they are finalized).

Please forward this email to anyone else you think could have green roof projects that are eligible for an abatement this year. Thank you.”

This follows the DOB hearing held yesterday, March 3, 2009,  regarding implementing  the draft  regulations relating to the installation of green roofs for a tax abatement (which was open to public comment), approved by the state of New York in June of 2008.

Since the statute requires that applications have to be filed by March 15 every year (a Sunday in 2009, so it extends to the following day, March 16),  NYC is trying to get a sense of the number of applications that  they can expect.     Obviously,  New York City’s Department of Buildings needs to know immediately on prospective applications, so if you’re building a greenroof this year, take note!

June 24, 2008:   Building owners in New York City who install green rooftops will now receive a significant tax credit under a bill (A.11226) sponsored by Assemblyman Ruben Diaz Jr. that passed the state legislature on June 24, 2008.

Under this law, building owners in New York City who install green roofs on at least 50 percent of available rooftop space can apply for a one-year property tax credit of up to $100,000. The credit would be equal to $4.50 per square-foot of roof area that is planted with vegetation, or approximately 25 percent of the typical costs associated with the materials, labor, installation and design of the green roof. Read the Press Release from Sustainable South Bronx.